Gale is an old robot. One of the oldest, in fact. As a robot, the only thing Gale has over everyone else is a long battery life.  In the middle of a rest cycle, Gale receives new instructions from the impossible. Could it be that humans have given new orders?

Since Sunset Directive is choice-based interactive fiction, all you should need is your mouse or a mobile device. It should work fine on mobile (I put in extra queries for some of the windows at portrait).

A note on mechanics. Casement has a system whereby you can use items that you're currently looking at (context-sensitive). Sometimes you might be asked for an inventory item, and you'll need to select it in your inventory. It doesn't come up too often, though, so I hope it isn't too confusing!

JSON for conversations was generated using the JSON Online Editor. It was immensely helpful for getting people talking.

The font used in Sunset Directive is Quantico.

Short and interesting. Both the endings were depressing, though. Not sure why this was tagged solarpunk. I even tried waiting out the clock to see if there was a third ending, but it just has you pull the lever anyway.

Thanks for playing! I will be the first to admit that the endings are a bit rushed and I fell back on what I knew better (which more aligns with horror). I did only have 48 hours to design and write the whole experience, and much of that was working with the tech more than being able to focus on the story. Whenever I write a situation where humans try to fix things without trying to fix the problems in their own society, I tend to move more toward the horror or cautionary tale side of things where, no matter what you do, the humans still remain the problem. The robots in this story are a positive force. Caretaker's degradation is a result of the humans' carelessness in the AI's design (not thinking about anything but their own survival). I don't really know what a solarpunk ending might have been here, but I didn't want to let humans get off without any blame.

The solarpunk tag was put on because I came across some images labeled as a solarpunk aesthetic and wanted to take some of those ideas. At the time I made this, I wasn't able to really dive into the solarpunk concept very thoroughly but what I saw and read had some motifs that I wanted to use. Specifically it was the use of technology to solve problems with a sustainable outcome and the reclaiming of urban spaces by lush greenery. I think I wanted to create something where the people of the world realized they were the problem and the only way to restore the world to a livable state was to remove themselves and help nature take its course. I don't think that it's a very good solarpunk story, but it was definitely something inspired by the concepts and the aesthetics.

Solarpunk is, by definition, an optimistic future. The greenery and solar panels are trappings, not the heart of the story itself. Solarpunk opposes cyberpunk, positing that humans will learn and use technology to better themselves, society, and the world, living in peaceful coexistence rather than oppressive darkness. I'm not saying your story was bad, far from it. It reminded me of some of the old pulp sci-fi I read and enjoyed as a kid. But it wasn't solarpunk. 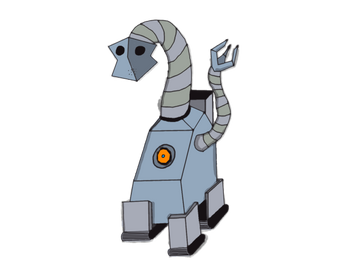